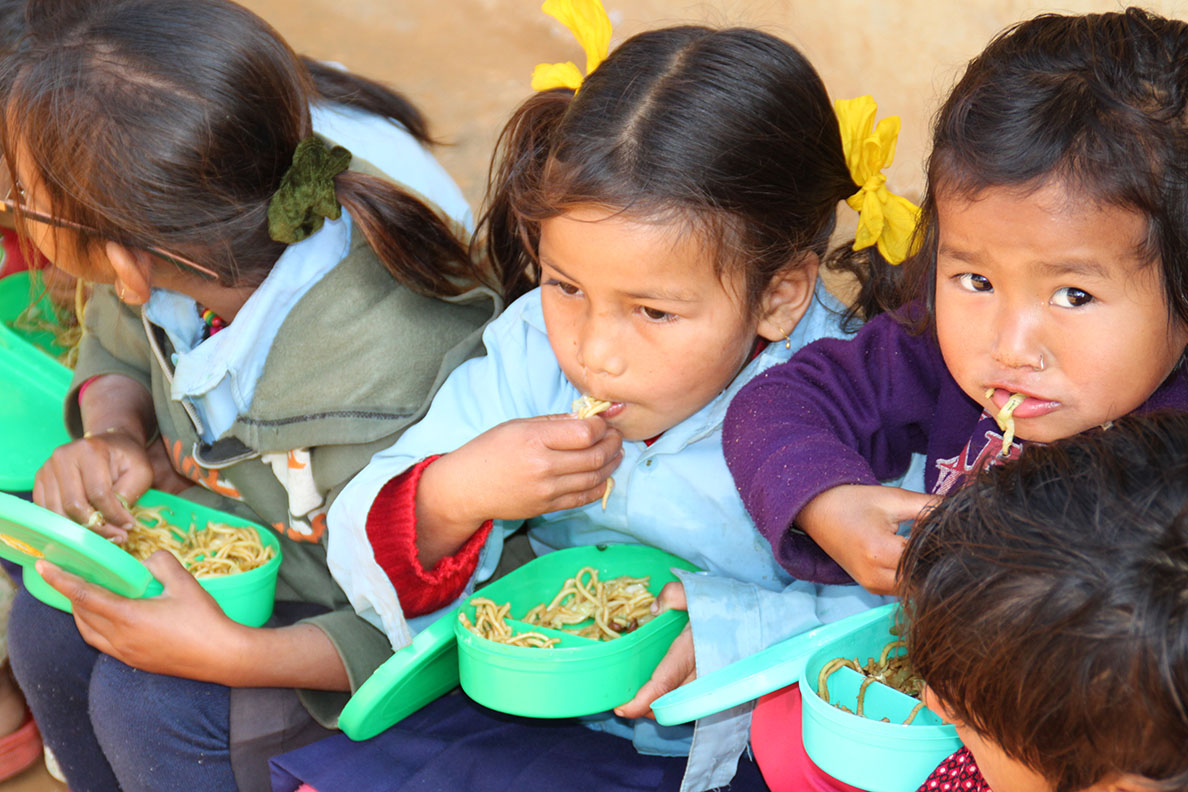 Food2Think is a small, not for profit charity (CIO) providing a healthy meal, 6 days a week for every child at the Gayatri Devi Basic School (Nepal).

To advance the education of school-age childern in the Dhading Besi region of Nepal, in particular, but not exclusively by the provision of grants to provide school lunches and other health and wellbeing programmes.

Food2Think is an initiative that was started by me whilst I was working at The British School Kathmandu.

I became the Project Leader for a sixth form program that helps three primary schools in the Dhading District of Nepal. The sixth formers raised funds, through school charity events, which would then be spent on improving the lives and educational experiences of the children at the schools. This included building fences, providing piped water, developing libraries, painting rooms, helping with eye and medical examinations of the children as well as providing teaching resources, equipment for the children to name but a few.

I have worked with these schools for three years now and as of July 2015, I will be returning to the UK. However, both Jeanette and myself wanted to keep helping the children and teachers. After a number of meetings with teachers at the school, it became clear that a priority was nutrition for the children.

Many of the children work with their families in the mornings before starting school at 10.00 am and arrive at school without eating breakfast, do not have food for lunch and will only eat on returning home after 4.00 pm.

Food2Think now provides lunches for the 100+ children at the school with a varied and healthy menu. The meals are produced on-site at a cost of about 10 pence per child per meal. Over a month it costs £240.00 (the school week is Sunday to Friday). We have been supporting this since December 2014.